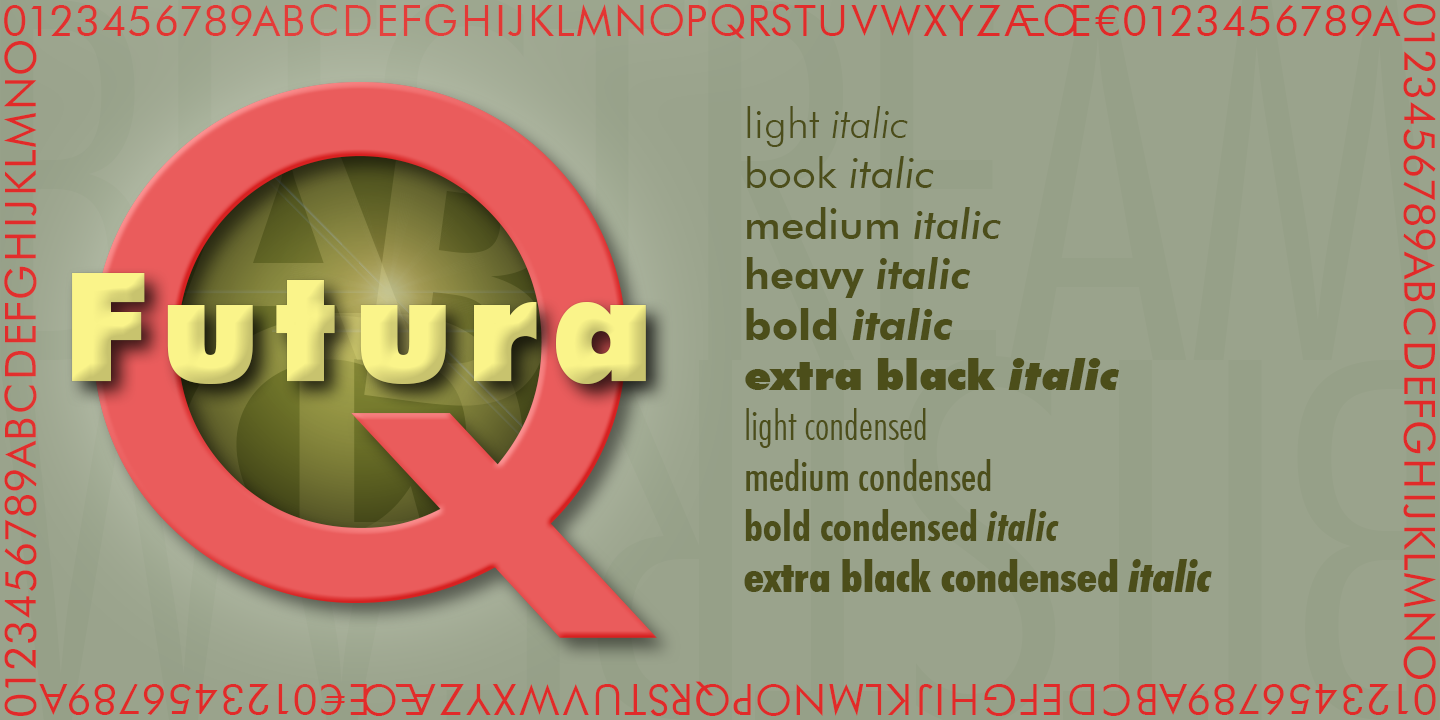 Futura is a geometric sans-serif typeface designed in 1927 by Paul Renner. It was designed as a contribution on the New Frankfurt-project.

It is based on geometric shapes that became representative of visual elements of the Bauhaus design style of 1919–33. It was commissioned as a typeface by the Bauer Type Foundry, in reaction to Ludwig & Mayer’s seminal Erbar of 1922. Futura has an appearance of efficiency and forwardness. Although Renner was not associated with the Bauhaus, he shared many of its idioms and believed that a modern typeface should express modern models, rather than be a revival of a previous design.