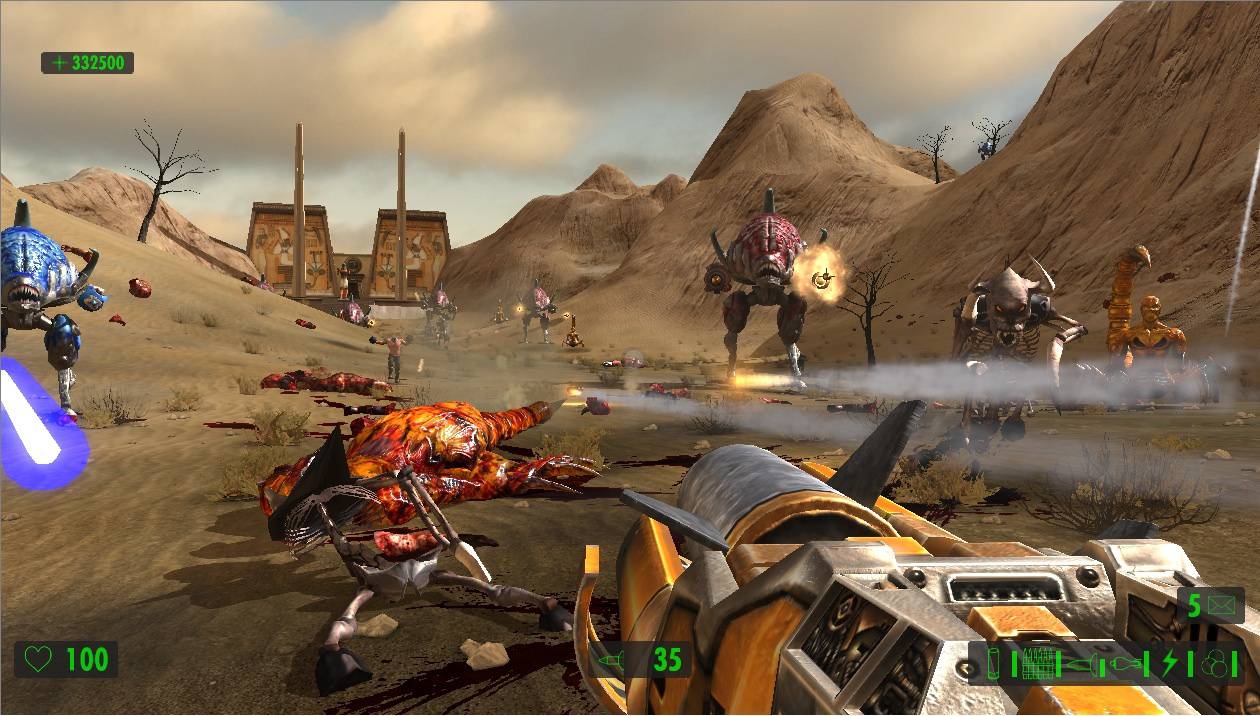 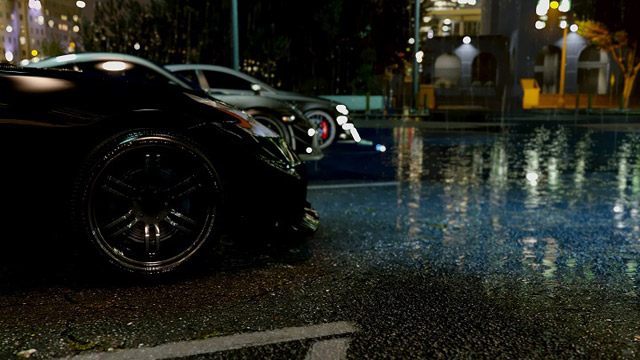 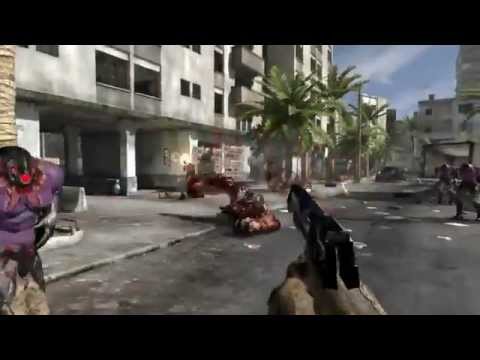 Dumber than Doom, funnier than Half-Life, stranger than Painkiller. Few people know that the template for Serious Sam – a buzzcut, tanktop-wearing badass with a big gun – was actually Duke Nukem from then vaproware title Duke Nukem Forever. Developer Croteam swore this wasn’t the case, but they received a lot of grief over certain troubling resemblances between the shirts worn by the heroes of their respective games. Understandably deciding it had bigger fish to fry, Croteam quietly backed down and went on to create the original Serious Sam, a popular title with a superior engine to anything on the market, while Duke Nukem made like a tree and disappeared forever. Serious Sam Stone appears to relish the prospect of inheriting the solipsistic Duke mantle of tough guy vs.hoards of aliens, if only to improve on it. In fact, once you get to play through the dumb but fun levels of Serious Sam II, you’ll probably end up asking yourself “Duke Who?” For a product whose sole object is to squash and mince you, it’s all love. And it’s hard, but not stupid hard like before.